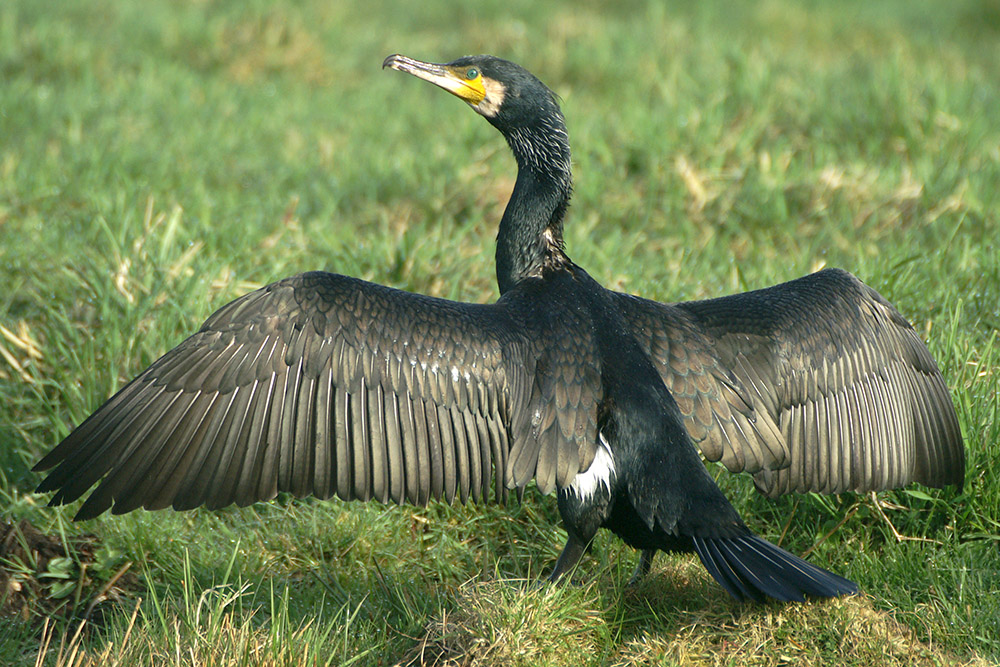 Cormorants forage on fish, which forage on seeds and invertebrates.

Various types of small invertebrates were found after incubation of cormorant pellets in tap water.

Seeds of several plant species, including these Epilobium spec. seeds were germinated from cormorant pellets.

In the conclusion of her bachelor thesis, Maxime wrote:

"Great Cormorants have a high potential as secondary dispersers. The diet of cormorants consists of a large variety of fish that forage on invertebrates, and previous studies have shown that cormorants may fly large distances on a daily basis. Cormorant pellets contain less plant seeds than feaces of granivorous waterfowl, but seeds from pellets have a higher germination rate. Pellets do contain more invertebrate eggs than waterfowl feaces. This could imply that granivorous waterfowl and piscivirous waterbirds complement their respective roles as dispersers of aquatic organisms. Future studies should focus on the scale of secondary dispersal by cormorants in terms of their movement behaviour and the range of organisms dispersed."

This is an ongoing collaborative project with Andy Green (Spain) and Casper van Leeuwen (Norway).