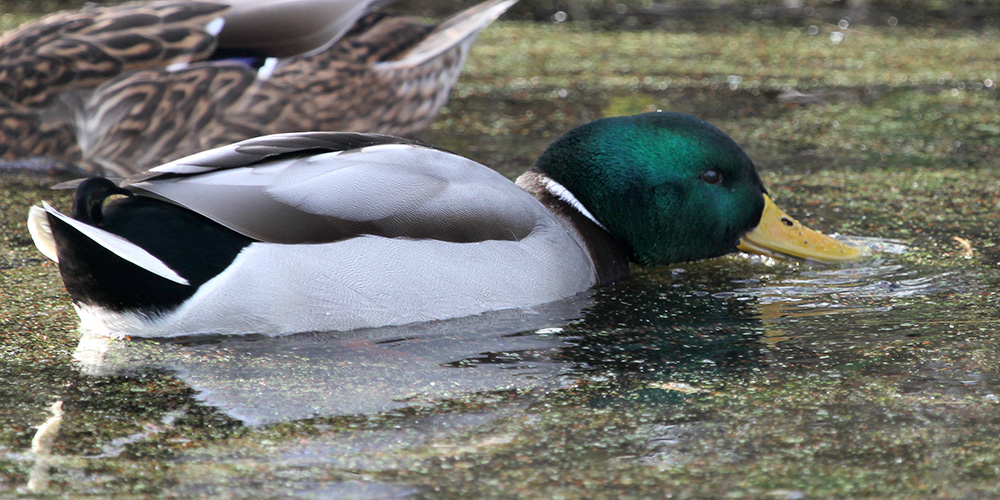 Plant seed dispersal is crucial for the persistence and expansion of plant populations. Most seeds are aided by dispersal vectors, such as wind, water or animals. Such vectors are particularly important in isolated habitats in fragmented landscapes, such as ponds and lakes. Without dispersal between isolated habitats, plant populations may lose their genetic diversity, making them less able to adapt to changes in the environment and thus more prone to extinction. Charles Darwin already hypothesized that waterbirds may play an important role in the dispersal of aquatic organisms. Recent studies showed that indeed many plant species have the ability to stick to the outside of a duck or survive passage through the digestive tract. Indeed, internal dispersal (endzoochory) was found quantitatively more important than external dispersal (epizoochory). However, many of the mechanisms and consequences of waterbird-mediated seed dispersal remained unidentified.

During my PhD research (2011-2015) at the Utrecht University, I aimed at gaining a better understanding of how variation in seed and disperser traits affect the scale of waterbird-mediated dispersal. I focused on one of the most potent seed dispersers among waterbirds: the mallard. Mallards are the most numerous duck species worldwide, with a range covering almost the entire Northern Hemisphere. They are onmivorous, foraging on whatever is available. That means that from late summer until spring, seeds are an important component of their diet. During my project, I assessed the three stages of endozoochorous dispersal: ingestion, digestion and transportation.

The results of this PhD research are published in a thesis titled "Seed dispersal by a generalist duck: Ingestion, digestion and transportation by mallards (Anas platyrhynchos)", which can be downloaded from my ResearchGate profie.